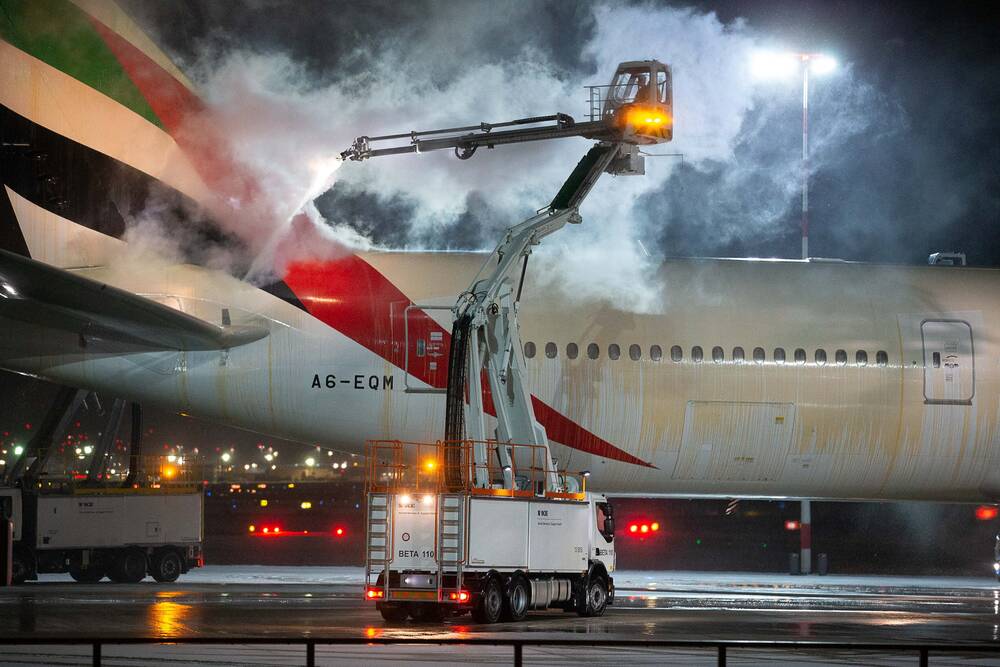 The fear of the South African variant Omikron is going around, no one can currently estimate how dangerous the new virus strain is! Now a shock news – alone 61 passengers from South Africa were tested positive for Corona!

The new virus variant Omikron, first discovered in South Africa, has triggered frantic emergency measures in the EU: In the Netherlands, 61 of some 600 airline passengers from South Africa tested positive for Corona, and tests are now underway to determine whether the new variant is among them. In Germany, too, there is a first suspected case of Omikron in a traveller returning from South Africa. This was announced by the Hessian Minister of Social Affairs, Kai Klose, on Twitter on Saturday.

The tests of the air passengers from South Africa had been carried out upon arrival at Schiphol airport in Amsterdam, the Dutch health authority GGD announced. The passengers arrived on two flights from South Africa, according to the statement. In addition to the 61 positive results, there were 531 negative coronatests.

Those who tested positive were accommodated in a quarantine hotel near the airport, the authority added. It is now being investigated whether they have been infected with the new virus variant Omikron.

Quarantine for passengers with symptoms

On Thursday, the discovery of a new variant with the scientific name B.1.1.529 had been announced in South Africa. According to South African scientists, the variant could be even more contagious than the currently rampant delta variant because of the unusual number of mutations, making vaccines less effective.

The World Health Organization (WHO) has since classified the variant, named after the Greek letter omicron, as “of concern.” The EU disease control agency ECDC considers the risk of spread in the EU to be “high to very high”.

EU countries are seeking to prevent a feared rapid spread of the variant with flight restrictions to southern African countries, testing, quarantine and contact tracing.

South Africa’s health ministry described the travel bans imposed as “draconian”. The State Department lamented that it was “like punishing South Africa for its advanced genome sequencing and ability to detect new variants more quickly.”

Many countries, including Germany and other EU member states, have already suspended flights with South Africa and other countries in the region. However, Belgium on Friday already became the first EU country to report that a traveller from Africa had been found to be infected with Omikron. Cases have also been reported in Botswana, Hong Kong and Israel.

Numerous European, North American and Arab states were followed on Saturday by Australia, which suspended travel to nine southern African countries. Thailand is restricting flights from eight countries starting in December, and those who have already entered the country will have to be quarantined immediately. Earlier, Brazil also imposed a ban on flights from six southern African countries.

It is still unclear how the Covid 19 disease will progress in the event of infection with the new variant and whether the health risk is greater than with other variants. According to a WHO spokesperson, it will take “several weeks” for scientists to understand the implications.

However, vaccine makers are hopeful that they can modify current vaccines to work against the Omicron variant. German company Biontech and its U.S. partner Pfizer said they expect data showing whether their vaccine can be adapted “in two weeks at the latest.”

The new coronavirus variant also reignited the debate over the release of patents for corona vaccines. “The variant discovered in South Africa clearly shows that we need to temporarily release the patents for the covid vaccines,” Green Party politician and chairwoman of the internal market committee in the EU Parliament, Anna Cavazzini, told the newspaper Die Welt.

The issue of patent release was expected to dominate the 12th Ministerial Conference of the World Trade Organisation (WTO), which was due to take place in Geneva from Tuesday. However, due to the spread of the Omikron virus variant, the WTO postponed the conference at short notice. It is now to take place “as soon as conditions permit”.