If you feel this in your legs – get checked out by a doctor urgently! 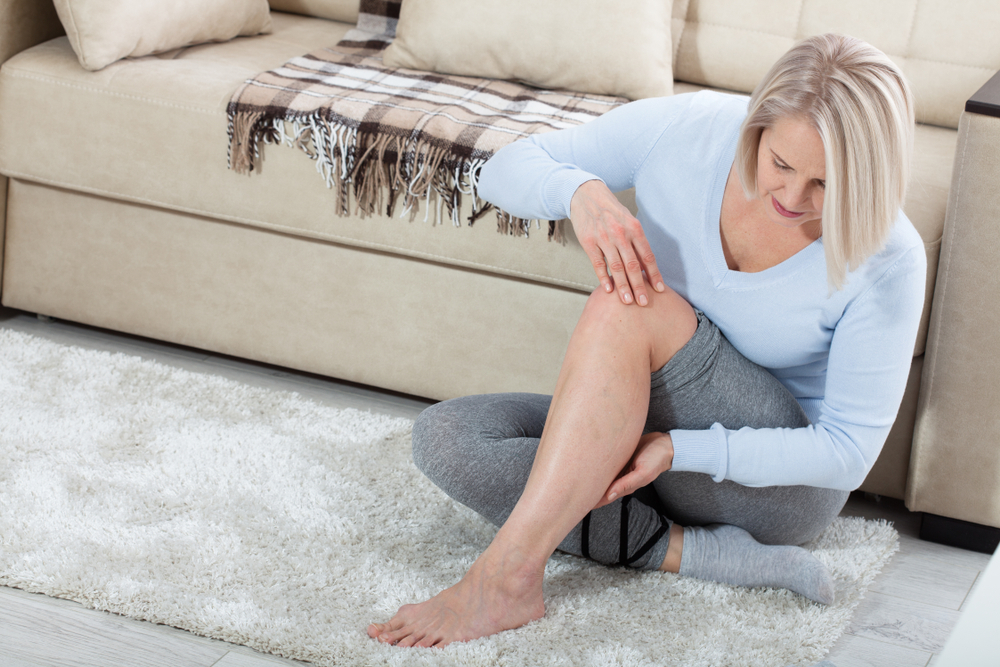 If you notice this in your legs, you should get checked for diabetes now, experts say! This surprising symptom occurs in over half of diabetes patients.

Diabetes – dangerous and not to be underestimated!

Diabetes is a serious disease that affects blood sugar and metabolism. According to the Department of Health, one in three currently suffers from prediabetes, meaning they are on the cusp of full-blown chronic disease.

This is especially concerning because most people don’t notice signs of high blood sugar until they have been living with diabetes for several years. “When we diagnose someone, we assume they’ve probably had diabetes for about five years,” explains endocrinologist Kevin Pantalone, DO, via the Cleveland Clinic. It’s estimated that one in four diabetes patients don’t know they have diabetes.

That’s exactly why it’s so important to recognize the symptoms of diabetes – even the ones that are often overlooked. Experts are now sounding the alarm about one little-known skin symptom in particular, which occurs in about half of diabetes patients. Read on to learn what to look for and what to do if you notice it.

Small, brown spots or lesions on the shins may indicate diabetes.

A number of skin symptoms can point to a diabetes diagnosis, and experts advise paying particular attention to one: diabetic dermopathy. You’ll recognize this symptom by the telltale pink, red, tan, or brown patches on your shins – but they can also appear on your thighs, the sides of your feet, or your forearms.

According to the American Diabetes Association (ADA), diabetic dermopathy can sometimes be mistaken for age spots and typically presents as circular or oval lesions affecting one or both legs. In some cases, the spots may appear scaly, and if the lesions persist for an extended period of time, they can easily push into the skin.

Blood vessel damage can be a common symptom of diabetes.

Experts say that the lesions associated with diabetic dermopathy are the result of damaged small blood vessels in the legs, although other factors can exacerbate the problem.

“Although the exact mechanism of occurrence is unknown, it may be related to impaired wound healing due to decreased blood flow, local thermal trauma, or local subcutaneous nerve degeneration,” explains a 2020 study published in the medical journal Diabetes, Metabolic Syndrome, and Obesity: Targets and Therapy.

About half of diabetics suffer from this symptom.

Skin disorders are common in diabetics, and diabetic dermopathy is particularly prevalent. It is estimated that up to 55 percent of diabetics develop spots on their shins, according to the ADA. Experts point out that the lesions are most common in patients whose diabetes has gone untreated for a long period of time. That means if you notice the symptom on yourself, your diabetes is likely advanced – which, unfortunately, is common.

“Diabetes is a relatively silent disease,” William Jordan, MD, professor of surgery and chief of the Division of Vascular Surgery and Endovascular Therapy at Emory University School of Medicine tells the Society of Vascular Surgery. “You don’t notice it until complications arise, but then it can lead to kidney failure, peripheral artery disease, blindness, and other problems severe enough to be fatal.

If you notice this symptom, you should see a doctor.

There’s good news, though: the lesions themselves don’t pose much of a risk to your health. They shouldn’t cause itching, burning, bleeding, or pain. “Dermopathy is harmless and doesn’t need to be treated,” the ADA explains.

However, for those who want cosmetic improvement, studies have found that certain ointments can improve the appearance of diabetic dermopathy. “Modified collagen and a lotion with high glycerol content have resulted in significant improvement in skin lesions caused by diabetic dermopathy,” a recent report states.

In addition, experts advise people to monitor their blood sugar levels. Eat a healthy diet, exercise regularly, and talk to your doctor about whether medication or other treatments are an option for you.

82% less risk of getting corona with this drug! New drug could be the game changer!