If you have this blood type, your risk for a heart attack is higher! 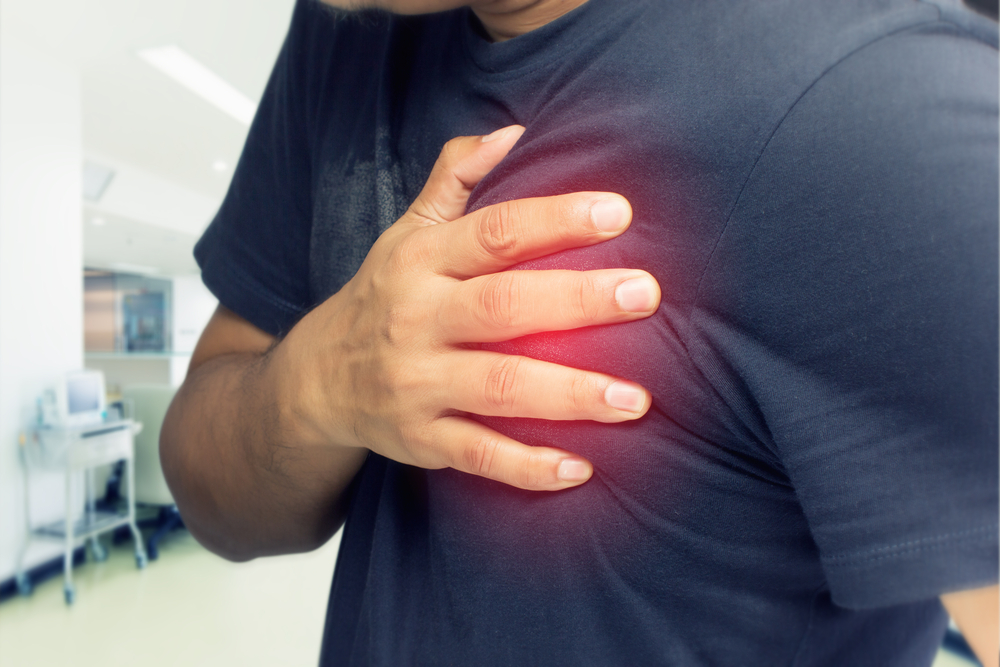 New study shows: This blood type has a higher risk of heart disease! Research found a link between the genetic trait and several specific diseases.

Knowing your blood type isn’t usually an essential part of daily life, except for certain emergency situations. But scientists have long studied how blood types A, B, AB or O can affect health. And according to a new study, having a certain blood type increases your risk of heart disease. Read on to find out which genetic trait means you should be vigilant.

Those with blood type A or B have a higher risk of heart disease.

The latest findings come from a research article published April 27 in the journal eLife by a team seeking to better understand the possible link between blood type and predisposition to various diseases. For their study, a team analyzed health data from more than 5 million people in Sweden to see if ABO blood type or RhD status could be linked to 1,000 different diseases. According to WebMD, everyone who is RhD-positive has a protein called D antigen on their red blood cells, while RhD-negative means the protein is not present.

Ultimately, the findings were able to link blood type to 49 diseases and one to RhD status. According to preliminary research, the team found that people with blood type A or B have a higher risk of developing heart disease.

The results also showed a link between other blood types and various diseases.

The researchers concluded that further studies are needed on the relationship between blood type and disease.

The researchers noted that no association was found between people with blood type AB and increased likelihood of disease. They concluded that their findings warrant further studies on the link between blood types and disease, particularly to determine whether or not there is another explanation for the association.

“Our findings reveal new and interesting associations between diseases such as kidney stones and pregnancy-related hypertension and blood type,” Gustaf Edgren, MD, PhD, one of the study’s lead authors and associate professor of epidemiology at the Karolinska Institute in Sweden, said in a statement. “They form the basis for future studies to identify the mechanisms underlying the development of diseases or to explore new ways to identify and treat individuals with certain diseases.

Other research has linked an increased risk of heart disease to a particular blood type.

The meta-analysis was not the first to conclude that there may be a link between blood type and heart disease. In a 2012 study published online in the American Heart Association (AHA) journal Arteriosclerosis, Thrombosis and Vascular Biology, researchers summarized health data from more than 89,500 adults between the ages of 30 and 75 over at least 20 years. The team then considered risk factors such as diet, age, body mass index (BMI), gender, race, tobacco use, and overall health history.

“Although people cannot change their blood type, our findings can help doctors better understand who is at risk for heart disease,” Lu Qi, MD, the study’s lead author and an assistant professor in the Department of Nutrition at the Harvard School of Public Health, said in an AHA news release. “It’s good to know your blood type, just like you should know your cholesterol or blood pressure levels. If you know you’re at higher risk, you can reduce the risk by living a healthier lifestyle, eating right, exercising and not smoking.”

Europe is the Corona Hell of the World currently! WHO warns other continents of situation with us!