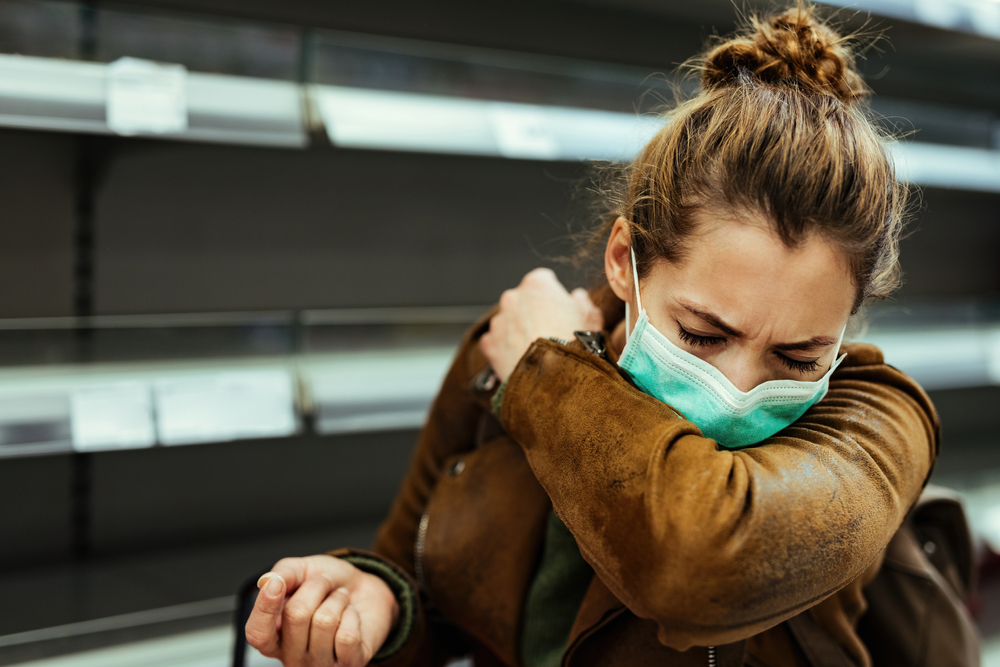 That’s how long your omicron symptoms last, doctors say! More and more data shows how long the latest variant can make you sick.

In the relatively short time since its discovery, the Omikron variant has drastically changed the course of the pandemic. Fortunately, research now shows that the virus is less likely to cause severe illness in fully vaccinated or boosted individuals, but is still more likely to cause breakthrough infections with mild symptoms than earlier variants. Now, the data also shed light on how long symptoms of Omikron last once people are infected. Read on to learn what the timeline is for this variant.

Omicron’s COVID-19 symptoms can last one to two weeks

As with previous variants, omicron has been shown to vary in the way it affects people in terms of the symptoms it causes. Increasing research also shows that the latest version of the virus appears to incubate more quickly in the body than Delta, shortening the time between infection and the first signs of symptoms from an average of four days to three. Data are also now available on how long Omikron symptoms can last, suggesting that the virus matures after about seven days.

“People with a mild case of COVID-19 usually recover within one to two weeks,” Dr. Lisa Maragakis writes in an article for Johns Hopkins Medicine. But, she adds, “In severe cases, recovery can take six weeks or longer, and there may be permanent damage to the heart, kidneys, lungs and brain.”

Some of the earliest information on the duration of the virus came from a study that examined one of the first recorded Omikron super-spread events at a Christmas party in Norway on Nov. 30. Results showed that of the 66 guests among the 117 fully vaccinated attendees who tested positive for Omikron and the 15 who were found to have a probable case, more than a dozen reported that their symptoms resolved within a few days. Although none of the cases required hospitalization, 62 of the infected patrons were still suffering from symptoms of Omikron about a week later when they were interviewed for the study, NBC News reports.

Researchers say symptoms of omicron may last for a shorter time than with earlier variants.

As the virus spreads, a growing body of data suggests that symptoms of Omikron may run faster than those of earlier variants. The results of the Zoe-COVID study in the United Kingdom, which collects information from 4.7 million public users, confirm previous findings about what ailments the latest offshoot of the virus most commonly causes and appear to confirm its shortened incubation period.

“It suggests that these symptoms are of shorter duration than those of Delta,” said Tim Spector, MB, a professor of genetic epidemiology at King’s College London who leads Zoe, according to The Mirror. “People have the symptoms for a shorter time, especially in the first week. If people test negative with lateral flow tests at the end of those five days, it’s because the whole period of infection and getting over it seems to be faster.”

Omicron infections appear to be more severe in unvaccinated patients.

Although mild breakthrough infections caused by Omikron resolve quickly in most patients, some physicians point out that the experience is not the same for everyone. “Many of these patients don’t have the symptoms for 10 to 12 days that I saw when they weren’t vaccinated,” Dr. Rahul Sharma, chief emergency physician at New York-Presbyterian/Weill Cornell Medical Center, told NBC News. He added that for most, symptoms resolved within three to five days, with the illness being shorter and milder in fully vaccinated individuals than in unvaccinated ones.