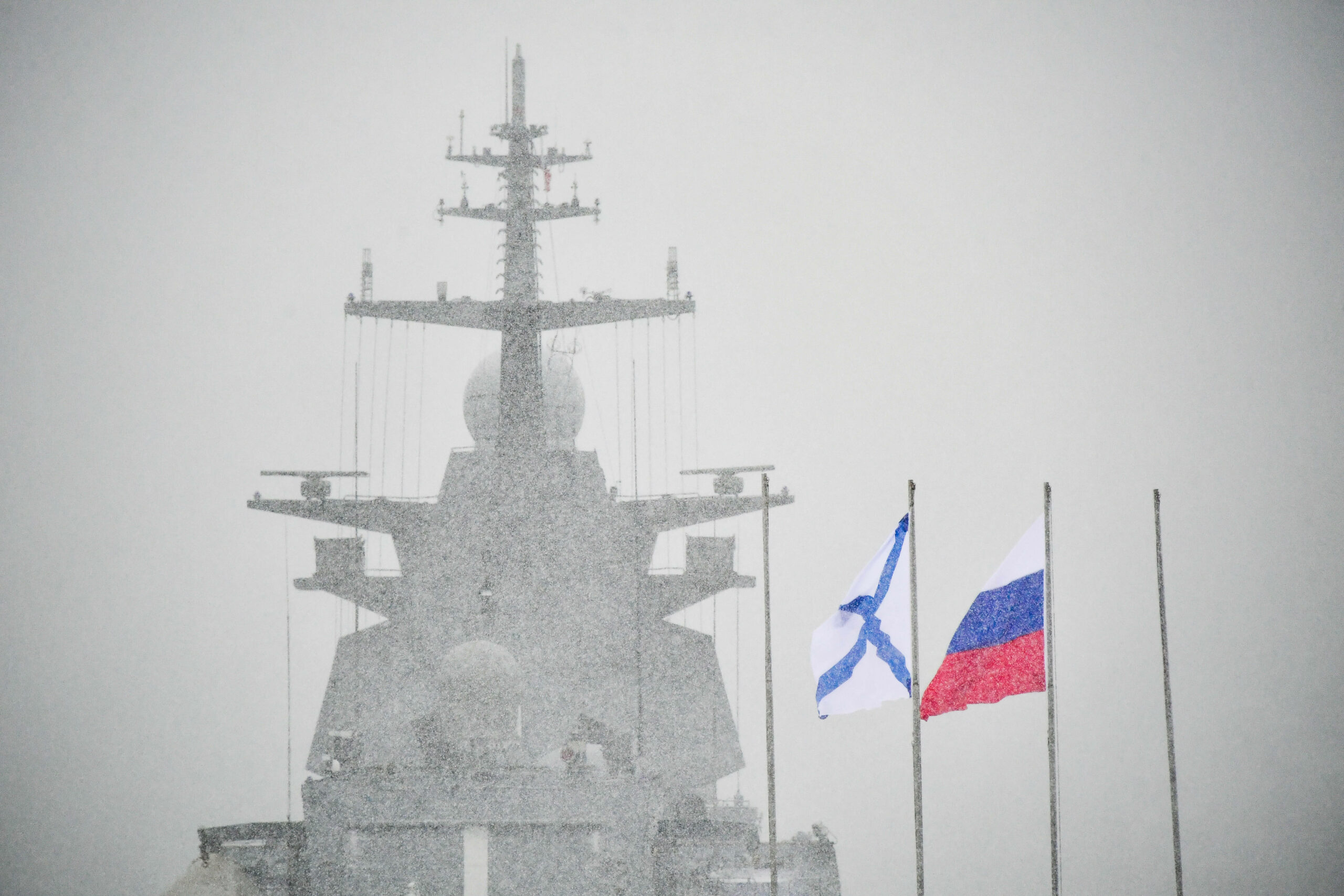 The situation in the Ukraine crisis seems to be getting closer and closer. While German Foreign Minister Annalena Baerbock is negotiating in Moscow, Russian President Putin is deploying around 140 warships, which are supposed to take part in various maneuvers in areas on the EU’s external borders. With this measure, the Russians are now once again increasing the pressure on the West – is a direct reaction coming?

As is now becoming known, the Russian Navy plans to carry out large-scale maneuvers in the Atlantic, the Mediterranean and the North Sea in the coming weeks. As the Russian Defense Ministry informed in Moscow on Thursday, a total of 140 warships will participate in these maneuvers. In addition, more than .

10,000 troops will be deployed in the various exercises, which will also involve at least 60 aircraft. “The exercises will cover the seas adjacent to Russian territory as well as operationally important areas of the world’s oceans,” the Russian Defense Ministry confirmed. The Sea of Okhotsk in the Arctic and northern areas of the Atlantic have also been mentioned as operational areas, along with the Baltic Sea. However, further details about the maneuvers were not made then. It was only informed that this training serves to maintain the protection of Russia’s national interests in the world’s oceans. Military maneuvers will also take place in Belarus, but according to experts, they do not completely rule out a surprise attack on Ukraine from the north.

In view of the current tensions over the situation in the

Ukraine conflict, Western countries in particular are concerned. Unimpressed by this, Russian President Putin had nevertheless announced several major military maneuvers for the coming weeks. The U.S. and Britain have begun to supply the Ukrainian government with weapons. From the Russian side, this was described as a “provocation” by the Moscow Foreign Ministry. Meanwhile, German Foreign Minister Annalena Baerbock (Greens) and her U.S. counterpart Antony Blinken made clear in Moscow that an invasion of Ukraine would have “grave consequences for Russia.” Apparently, the foreign ministers of various Western governments have agreed “to protect Ukraine with a shield, even if these measures should have economic consequences for ourselves.” Nevertheless, he said, they are still looking for a political solution to the situation.

Despite the crisis, there now also seem to be problems between Ukraine and the United States. For now Ukrainian President Volodymyr Selenskyj (43) has openly contradicted U.S. President Joe Biden (79)…. “We would like to remind the great powers that there are no small incursions and small nations,” Selenskyj had replied on Twitter, responding to a statement by U.S. President Biden yesterday. The U.S. president had made comments about a “smaller incursion” and a full Russian invasion during his statement, drawing criticism. Selenskyi clarified that there would also be no minor casualties or little grief in losing loved ones. Let’s hope that this situation does not escalate completely.