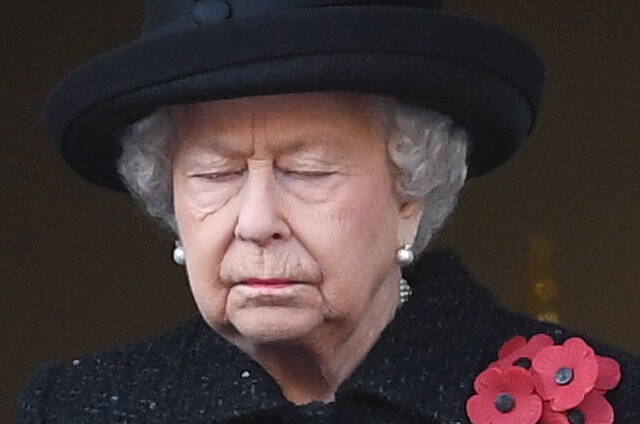 Shocking death news from the palace! Sad drama surrounding the Queen! Death shock at the start of the year shakes the royals!

Death shock all around the Queen!/h3>

Just started the new year and already Queen Elizabeth II has to cope with a shocking news. For several English media reported that the English queen must now say goodbye to a longtime confidant and friend. It was reported that Lady Farnham, who had been the Queen’s Lady of the Bedchambers since 1987, died on 29 December at the age of 90. Only in April Prince Philip, the husband of the Queen, had died shortly before his 100th birthday. The monarch has not gotten over the death of her husband even months after his death. She had also mourned her husband once again in the Christmas address. “Although it is a time of great happiness and good cheer for many, Christmas can be hard for those who have lost loved ones. This year in particular, I understand why,” the Queen let slip in her speech to mark the festive season.

The now deceased Lady Farnham had been in the service of the Crown for 44 years, according to the British Daily Star newspaper. She had accompanied the Queen on many official trips over the years. In 2012, Lady Farnham was also allowed to accompany the Queen to a service of thanksgiving held to mark her Diamond Jubilee in 2012. At the time, Prince Philip was also in hospital for treatment. As an insider reveals, Lady Farnham’s death is said to have hit the Queen hard. “It’s very sad for the Queen. Everyone loved Lady Farnham, she was always in such a good mood. She was also a very glamorous and attractive woman,” the anonymous source tells the Telegraph newspaper. Earlier in December, another of the Queen’s beloved ladies-in-waiting, Lady Grafton, had already passed away. She even lived to the age of 101.

Top virologist Dr. Fauci with urgent warning to all vaccinated – here’s what you need to watch out for urgently