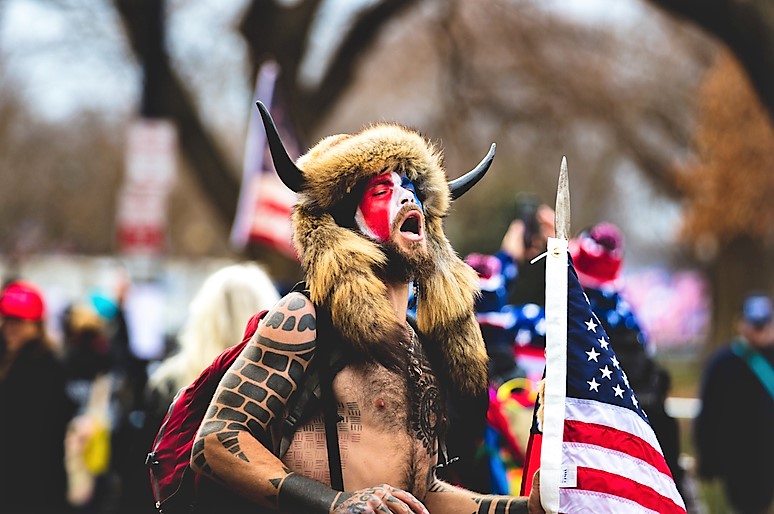 It is almost an unbelievable statement! Donald Trump wants, if re-elected, to pardon the aggressive Capitol strikers! In this action, not only a man lost his life, it is also one of the blackest days in US history! Can such a man really be put up for election again?

Former US President Donald Trump has announced that if re-elected he would pardon those convicted of the Capitol storming. “If I run and if I win, we will treat the people of January 6 fairly,” the Republican said at a rally Saturday night (local time) in Conroe, Texas. “And if it requires pardons, we will pardon them for being treated so unfairly.”
Radical Trump supporters had stormed the Capitol on Jan. 6, 2021, when the election victory of Democrat Joe Biden was to be certified there. The storming of the seat of Congress with five dead caused horror worldwide and is considered a black day in the history of U.S. democracy.
Critics accuse Trump of not only inciting his supporters to attack the Congress building, but then refusing for hours to put a stop to the goings-on of his supporters with a clear public address. On Saturday, Trump called efforts to address what happened a “disgrace.” The 75-year-old has repeatedly flirted publicly with a renewed presidential candidacy in 2024.

There have been 700 indictments!

More than 700 people have been charged in connection with the attack on the symbol of U.S. democracy, most of them for minor offenses such as illegally entering the Capitol. However, several dozen of them are charged with assault, carrying deadly weapons, and conspiracy, which could result in stiff penalties.
The harshest sentence so far in connection with the Capitol attack was five years in prison for Trump supporter Robert Scott Palmer for assaulting police officers. A House investigative committee is also looking into the background of the attack.