Violent solar storm slams into Earth this weekend! So dangerous it becomes 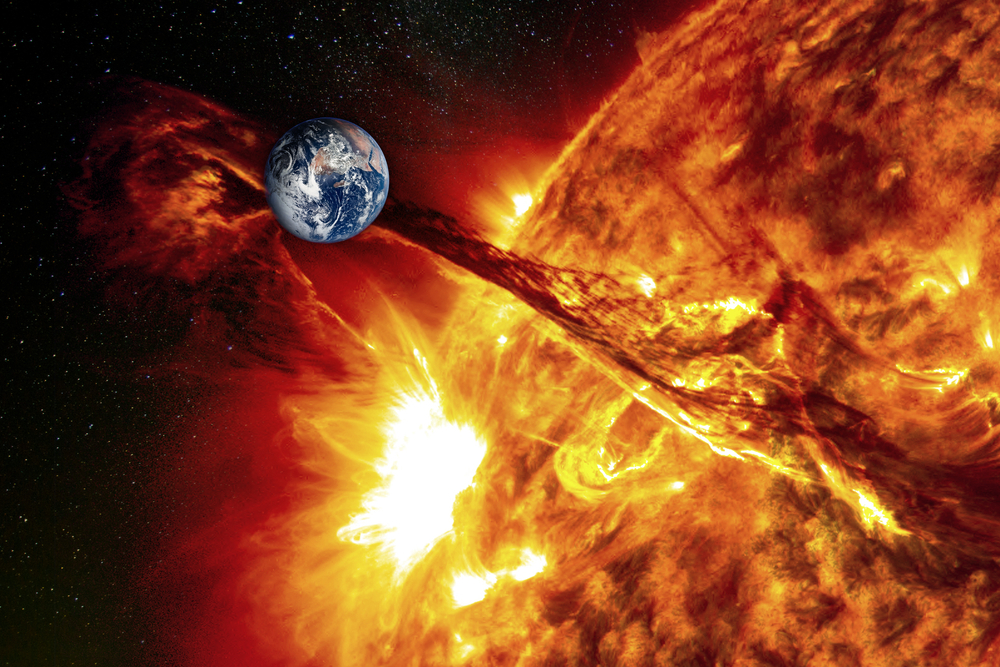 Once again, space experts are sounding the alarm. Because for this weekend, another violent solar storm is announced to hit the Earth between Saturday and Sunday. Could the solar storm cause power and communications problems?

As experts announce, our planet will once again be hit by a violent solar storm this weekend. This month it is already the 2, solar storm that will hit the Earth. This event has been reported by the British newspaper “Express”. Due to an explosion on the surface of the sun, a stream of charged particles has now made its way towards the earth. This is also confirmed by NASA images taken by the Solar Dynamics Observatory (SDO). These show an explosion in the Sun’s outer atmosphere . “The corona is the outer atmosphere of the Sun, starts a few hundred kilometers above the chromosphere and extends far into interplanetary space,” explains an expert from the Leibniz Institute for Solar Physics (KIS).

Now experts are announcing the solar storm will hit between Saturday and Sunday, according to the British newspaper “Express”. The website of “SpaceWeather.com” expects that the solar storm could lead to minor geomagnetic disturbances.

That’s why experts are expecting some auroras in the sky again this time. Apparently, though, the storm won’t be severe enough to create major problems with power or communications. In fact, depending on the severity, this is possible, however, the solar storm now approaching does not seem to be intense enough to do so. The current storm is rated G1 on the scale, which means that the impact is likely to be minor. With extreme solar storms of G5 strength, on the other hand, it is possible that power outages could last for hours and communications could also be severely affected or even paralyzed.