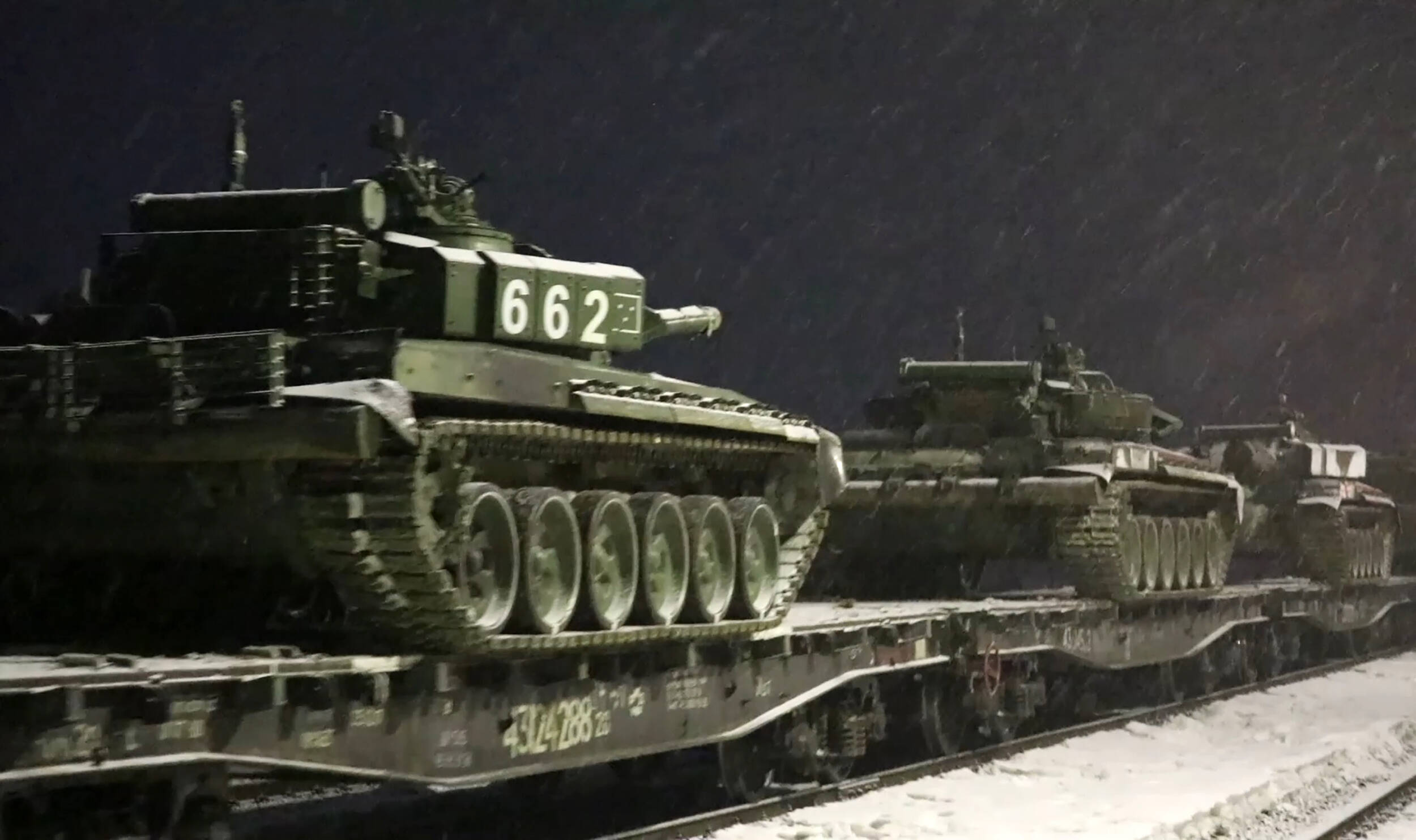 Still no solution seems to have been found for the Ukraine conflict. Most recently, activists had posted pictures of the Russian troop deployment on social media. On them you can see Russian army vehicles on the Ukrainian border. However, it was interesting to observe that many tanks and trucks have a painted „Z“ clearly visible on the side wall. Experts are alarmed because of this detail.

Because in the Cyrillic alphabet the character „Z“ does not exist. But now the sign is visible on many Russian tanks and trucks on the border with Ukraine. These carry the sign painted in white on side doors or rear plates. Often the sign is enclosed in a white square. Western observers puzzle over what purpose the letter might have on the vehicles. „It looks like Russian troops near the border are marking their vehicles with a ‚Z‘ to distinguish their combat units,“ reports military expert Rob Lee, among others, on the short message service Twitter. His assumption is that the Ukrainian army also still has many vehicles from the former Soviet era in use. Whether Lee is correct with this assessment, however, is not yet confirmed.

Analyst Aric Toler has also collected various possible interpretations of the discovered symbol on Twitter. However, these all seem rather arbitrary. For example, the „Z“ could refer to „Zakharchenko,“ a self-proclaimed leader of the officially unrecognized Donetsk People’s Republic. Or even „Zayin,“ the Phoenician word for sword. „I don’t know why so many people think they know what the ‚Z‘ stands for,“ Toler wrote on Twitter. „I don’t know myself, but if I had to say something, I’d say it’s a simple symbol to distinguish a fighting group. The mission of this group? Use your imagination,“ Toler further expressed. Analyst Ruslan Leviev also concludes that the „Z“ may serve to protect the vehicles in question from mistaken friendly fire. „But we see a lot of movement of vehicles every day and this ‚Z‘ is very rare,“ Leviev further writes. Meanwhile, numerous pictures of the vehicles marked in this way have been uploaded on social media.

US government prepares sanctions against Russia

Meanwhile, the Ukraine conflict continues to heat up. In Russia, President Putin on Monday called a meeting of the

national security council convened. There, Kremlin spokesman Dmitry Peskov let it be known: „We see no signs of détente so far.“ In addition, violations of the ceasefire in the areas around Donetsk and Luhansk had been reported again over the weekend. More than 14,000 people have been killed there since 2014. In addition, the U.S. government is apparently preparing far-reaching sanctions against Russia should the Putin invade Ukraine. One of the sanctions is to ensure, among other things, the major Russian banks to prohibit the settlement of transactions in Western currency.