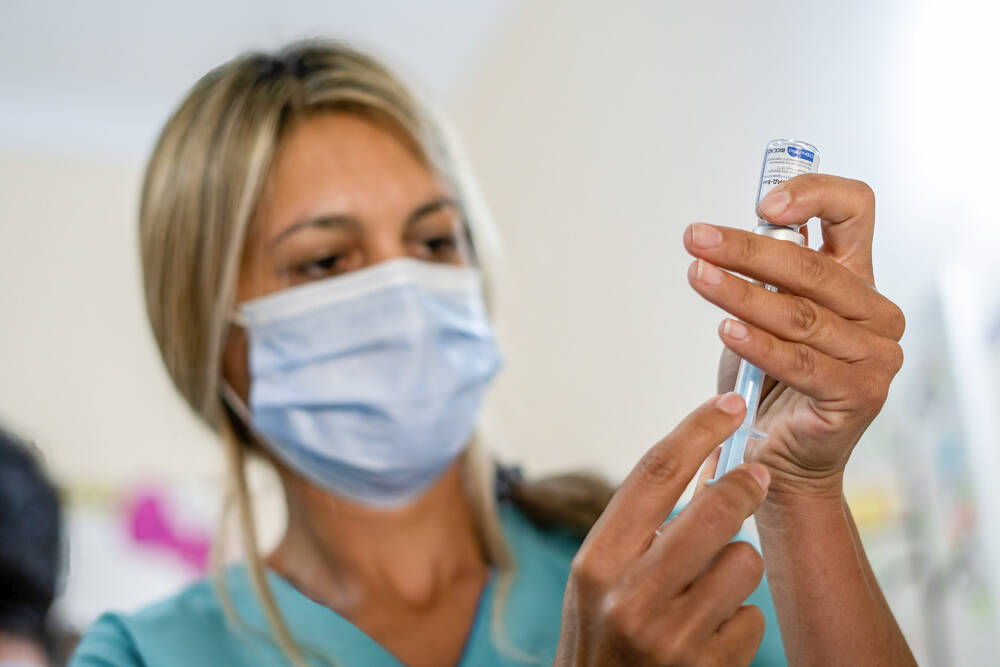 This action clearly went too far and could have far-reaching consequences for 54-year-old biology teacher Laura Parker Russo. That’s because the biology teacher administered a Corona vaccine to a 17-year-old student. However, without having the necessary qualifications to do so and without having the consent of the student’s parents. After the incident, the lecturer had also been arrested by the police.

Apparently, one of the people present had even made a video of the incident. This video was leaked to the NBC television station following the incident. On it is to be seen, as the biology teacher from the US state of New York just disinfected the boy’s upper arm. Afterward, the teacher can then be heard saying, “Here we go, vaccine to take home. That’ll work.” She then reportedly administered the vaccine to him. By all accounts, the teacher is said to have used Johnson&Johnson vaccine for the vaccination. According to the police, however, it is still unclear how Laura Parker Russo got the vaccine. However, it was confirmed without any doubt that there was no consent of the parents of the 17-year-old for the vaccination in the private house of the teacher. The young man, who is friends with the teacher’s son, is said to have asked for the vaccination beforehand. His parents, however, apparently did not find this amusing. After he had told them about the vaccination, they filed a complaint with the police, who then arrested the teacher.

Now teacher Laura Parker Russo has a problem. Because actually vaccinations may be administered only by trained medical professionals. A qualification over which the teacher does not have according to the investigators. For this reason, officials are now investigating the woman for unauthorized professional practice. Another problem is that Russo used a vaccine for the inoculation that is not actually intended for people under 18. Minors in the U.S. are actually given the Biontech/Pfizer vaccine. Because of her reckless action, the teacher was also suspended from

Herricks High School, until further notice. This was reported by the CBS television station. In the unusual case, the 1st court hearing is scheduled for January 21. If the teacher is found guilty, she faces up to 4 years in prison.

Vaccine damage and after-effects! More and more applications for compensation due to…