Steffi Graf & Andre Agassi – Death threat from their own family! How long can their marriage stand these tensions? 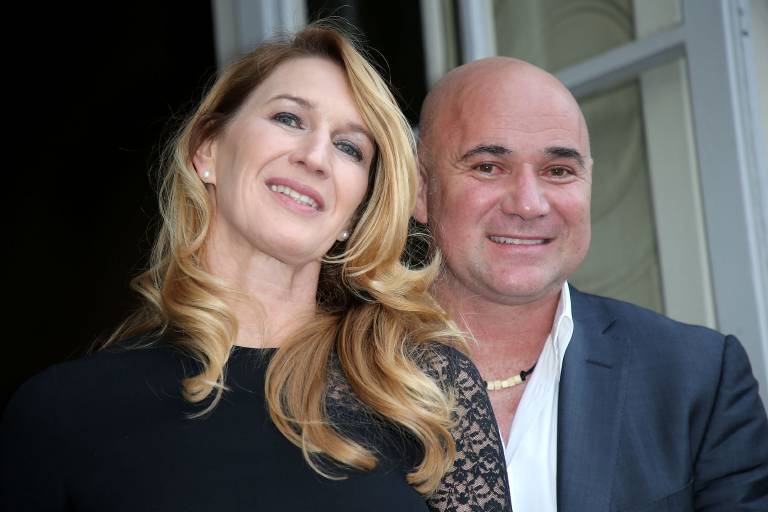 Steffi Graf and Andre Agassi have been a married couple for 20 years. In that time, the two have been through ups and downs together. Just recently, the couple celebrated their 20th wedding anniversary. But the two could not really enjoy this joyful event. Because once again there was a row with the family of the American tennis player.

It was supposed to be a really great celebration. Just in time for their 20th wedding anniversary on October 22, Steffi Graf (52) and Andre Agassi (51) wanted to say yes once again. But this joyous occasion was overshadowed by a family tragedy. For once again there were apparently disputes with the conflicted family of the former American tennis pro. Because most recently Andre Agassi had even received death threats! And not from complete strangers and unknown people. No, the death threats were issued on social media by his own sister Rita Agassi (61). Such an escalation of the family conflict certainly has an impact on the marriage of the sports couple.


Murder threat on Instagram puts Steffi and Andre in terror

Because Andre’s sister Rita Agassi had put down a disturbing post on Instagram in which she wishes her own brother dead. Namely, Rita Agassi wrote there, „I hate you,“ „I want you dead,“ and „You motherfucker will burn in hell.“ Words that probably makes the blood freeze in the veins of anyone concerned. Agassi had fallen out with his sister around 2 years ago after Rita Agassi disowned her own son Skylar (35). As a result, Steffi and Andre had then taken care of Rita’s son. And apparently Andre had taken the death threat very seriously, even toying with the idea of hiring a firm to protect his family. Under these circumstances, the couple’s nerves are stretched to breaking point. Let’s hope that this strain does not have a negative effect on their marriage. So does Steffi have to fight again for her family happiness?